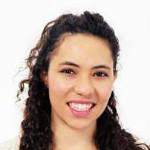 Ellen earned a BA in Engineering Science and BE in Biomedical Engineering from Dartmouth College in 2014. She is a PhD student in Dr. George Truskey's Lab.

The vascular system’s response to stress, like oxidation or deformation, mitigates numerous vascular pathologies, atherosclerosis primary among them. A typical blood vessel consists of a layer of endothelial cells, called the endothelium, surrounded by a layer of smooth muscle cells. The endothelium regulates the transport of molecules and fluids into the tissue, while the smooth muscle layer regulates diameter of the blood vessel. Oxidative stress can arise when dysfunctional proteins or immune cells release reactive oxygen into the blood stream or vessel wall. This primarily affects the endothelial cell layer, causing it to adopt a senescent, or aged, phenotype. Endothelial senescence leads to abnormal smooth muscle cell proliferation, reduced vasoreactivity in the presence of chemical regulators, and correlates with higher atherosclerosis risk. The Truskey lab has recently developed tissue-engineered blood vessels (TEBVs), tubular collagen constructs that, when seeded with human endothelial cells and fibroblasts, recreates the three-dimensional structure and properties of an arteriole in vitro. Most platforms for studying the vascular system rely on two-dimensional co-cultures or animal models. TEBVs show greater fidelity to native tissue than two-dimensional systems, and can be tested with the same functional assays used clinically to evaluate vascular health. The central hypothesis of this research is that TEBVs exposed to oxidative stress will have impaired function and increased risk of disease development. The effects of oxidative stress on the vascular system will be explored by characterizing stress-induced changes in (1) vasoreactivity, (2) vascular wound healing, and (3) atherosclerosis risk. Oxidative stress can be modeled in vitro by chronic exposure to hydrogen peroxide. 1: Changes in vasoreactivity will be characterized by evaluating changes in vessel diameter in the presence of vasoconstrictors and vasodilators. qRT-PCR will be used to quantify the changes in endothelial cell gene expression that cause the observed changes in vessel function. 2: To simulate vascular injury, TEBVs will either be exposed to the toxin theophylline or subjected to a scratch injury. Recovery from vascular injury will be evaluated by examining endothelial cell migration into the wound site and recovery of vasoreactivity post-injury. 3: To probe atherosclerosis risk after oxidative stress, TEBVs will be exposed to three atherogenic stimuli: oxidized low-density lipoprotein (oxLDL), activated monocytes, and the soluble protein TNFα.