You Lab's Work on "Jumping Genes" aka Transposons 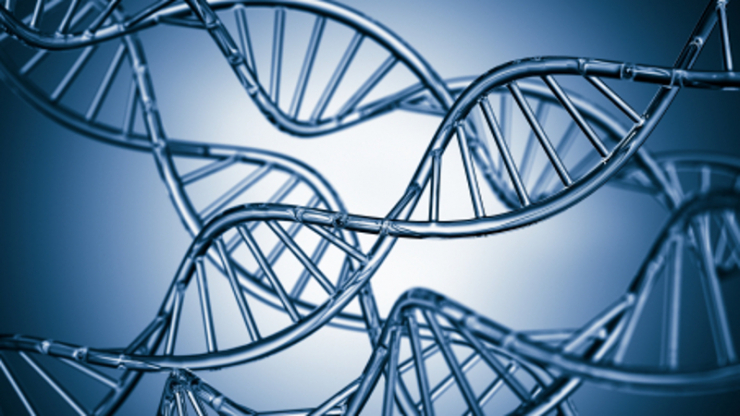 Biomedical engineers at Duke University believe they have discovered the physical mechanism that causes high doses of antibiotics to promote the spread of antibiotic resistance between bacteria.

The culprit, they say, is an overabundance of “jumping genes,” called transposons, that carry the genetic instructions for resistance from the cell’s source code to plasmids that shuttle between cells.

“There’s a lot of evidence that suggests human pathogens likely pick up antibiotic resistance from other species living in the natural environment,” said Lingchong You, professor of biomedical engineering at Duke. “Intuitively, it makes sense that high levels of antibiotics in these environments are facilitating the jumping of resistance genes from chromosomes to plasmids so that they can spread, but the underlying mechanism never been directly tested. That’s where our work comes in.”

It’s no secret that the rise in antibiotic resistance in human pathogens has coincided with the rise in the use of antibiotics in large-scale industrial endeavors like farming and manufacturing. While the genes that provide resistance appear to be relatively new to these pathogens, some date back millions of years in bacteria living in certain wild ecosystems. Coupled with experiments that show high levels of antibiotics promote the spread of resistance both within and between bacterial species, it’s easy to draw the conclusion that human pathogens have acquired these resistance genes from the environment due to its increasing ambient levels of antibiotics.

While the cause and effect seems clear, research has never firmly established the underlying mechanisms, You said. Scientists know that small, free-floating bundles of DNA called plasmids carry resistance genes between cells. You’s own research, however, has shown that the presence of antibiotics does not increase the rate at which plasmids carry out these gene swaps. What then, the researchers asked, is the fundamental force driving this natural selection?

In the new paper, You and his postdoc Yi Yao show that this mysterious mechanism could be the antibiotic-mediated selection on “jumping genes,” called transposons, that carry the resistance genes from the cell’s chromosomes to the plasmids.

“Intuitively, it makes sense that high levels of antibiotics in these environments are facilitating the jumping of resistance genes from chromosomes to plasmids so that they can spread, but the underlying mechanism never been directly tested. That’s where our work comes in.”

“Yi’s experiments were designed to test this possible pathway that explains how different pathogens actually get resistance from environmental species,” You said. “And he demonstrated that not only is this possible, it’s also very likely.”

Transposons are tiny pieces of DNA that constantly jump around the inside of a cell. They can jump from place to place within a cell’s central genetic database, and they can jump from the database of the DNA to the larger plasmids capable of traveling between cells, or vice versa. This can lead to chromosomes or plasmids that contain many copies of the same genetic blueprints.

In a series of experiments, Yao exposed cells resistant to various types of antibiotics to a range of concentrations of that antibiotic. As the concentration increased, invariably there came a point at which the cells carrying plasmids with more copies of the resistance genes began outcompeting their peers.

“All the curves looked almost exactly the same,” You said. “It’s actually surprising just how robust the trend is.”

The researchers say that the copy number of transposons on the plasmids affects how many antibiotic resistance proteins the cell is producing. That production comes at an energy cost, and it’s not until the amount of antibiotics reaches a certain level that the extra energy expended is a valuable trait to carry.

It is not clear, however, if the higher levels of antibiotics are directly causing the resistance transposons within these cells to become more active. Rather, it demonstrates that if the transposon jumping is already happening, antibiotic selection would always enrich the population containing resistance genes that have jumped to plasmids.

The levels of antibiotics required to begin driving this selection, the researchers say, varies greatly between species and the specific drugs in question. But this range is not uncommon in today’s natural environments, potentially providing the pressure needed for human pathogens to pick up the resistance genes with more regularity.

“We’re now working to prove that this dynamic is actively occurring in real environments like hospitals and not just in a Petri dish,” You said. “We also want to see if we can use this knowledge to selectively dial in the flow of genes to optimize bacteria engineered for industrial uses.”