Amanda Randles was recognized for her work to model how blood, particles and cells travel throughout the circulatory system 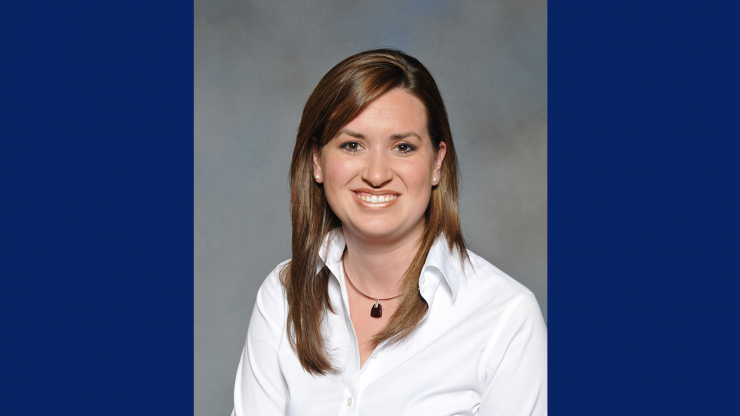 The National Academy of Inventors has elected Amanda Randles, the Alfred Winborne and Victoria Stover Mordecai Assistant Professor of Biomedical Sciences at Duke University, to its 2021 class of Fellows.

Founded in 2010, the NAI recognizes academic inventors for their prolific spirit of innovation in creating or facilitating outstanding inventions that have made a tangible impact on the quality of life, economic development and the welfare of society. With the latest announcement, the Pratt School of Engineering faculty now includes 10 members of the academy. Professors Kathryn Nightingale and Blake Wilson were elected in 2019; Nimmi Ramanujam, Joseph Izatt and Tuan Vo-Dinh were elected in 2017; David R. Smith and Jennifer West in 2016, and Robert Calderbank and Ashutosh Chilkoti in 2014.

Randles’ research involves the design of large-scale computer simulations to model how blood, particles and cells travel through veins and arteries. To accomplish this, Randles and her team developed a massively parallel fluid dynamics simulation, known as HARVEY, that can model the full human arterial system at a subcellular resolution. She aims to use this technology to improve the diagnosis, prevention and treatment of human diseases.

Randles received her bachelor’s degree in both computer science and physics from Duke University, where she received her first patent as an undergraduate student. She earned her master's degree in computer science from Harvard University, and her Ph.D. in applied physics from Harvard University with a secondary field in computational science. Randles has received wide recognition and honors for her work, including the 2017 ACM Grace Murray Hopper Award, an NSF CAREER Award, and she was named an MIT Technology Review Innovator Under 35, a senior member of the National Academy of Inventors and a 2020 Young Innovator of Cellular and Molecular Bioengineering.

“I am incredibly honored to be recognized along with such an impressive class and to join this community,” said Randles. “I am grateful to all of the colleagues, graduate students, post-doctoral fellows, collaborators, and funding agencies that have supported me and my work over the years to enable innovation in bringing high performance computing to the biomedical space.”

The NAI Fellows Program highlights academic inventors who have demonstrated a spirit of innovation in creating or facilitating outstanding inventions that have made a tangible impact on quality of life, economic development and the welfare of society. Election to NAI Fellow is the highest professional distinction accorded solely to academic inventors. The 2021 Fellow class hails from 116 research universities and governmental and non-profit research institutes worldwide.

The 2021 new Fellows will be inducted at the Fellows Induction Ceremony at the 11th Annual Meeting of the National Academy of Inventors this upcoming June in Phoenix, Arizona.