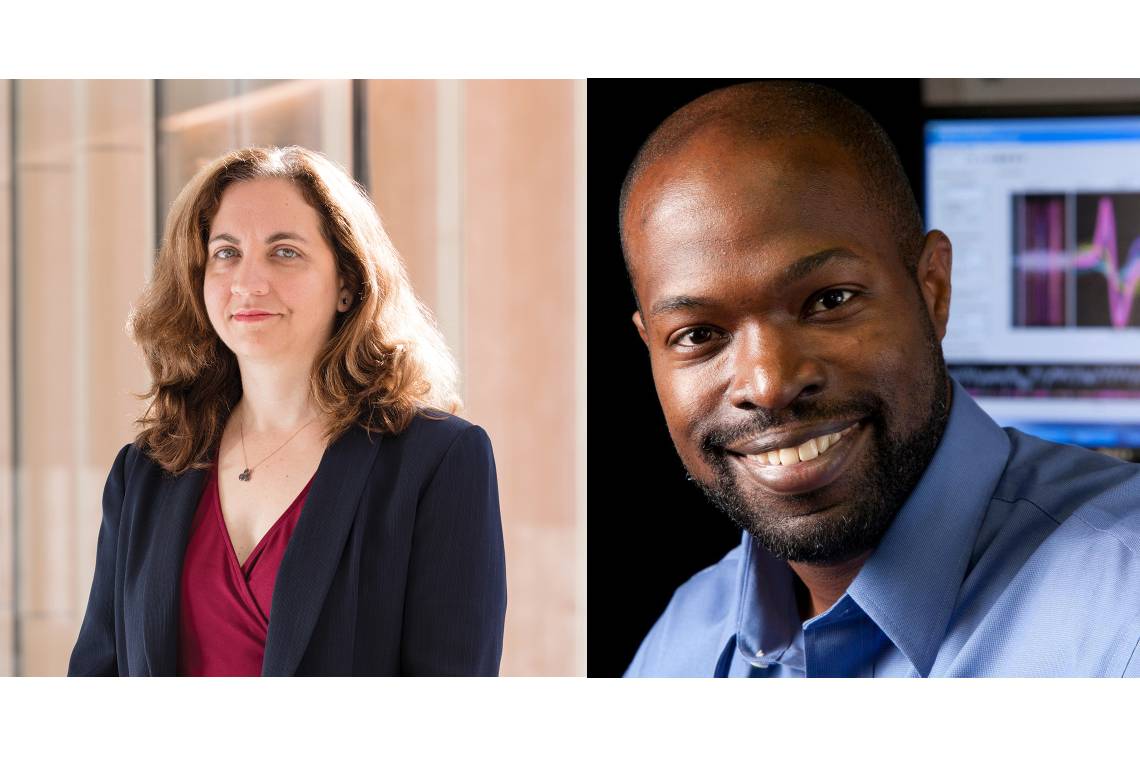 Kafui Dzirasa, MD, PhD, the K. Ranga Rama Krishnan Associate Professor in the department of psychiatry and behavioral sciences, and Cagla Eroglu, PhD, associate professor in the department of cell biology, have been named Howard Hughes Medical Institute (HHMI) Investigators. HHMI provides its researchers with long-term flexible funding that gives them the freedom to explore and, if necessary, change direction. Becoming a HHMI investigator is a tremendous scientific achievement.

Dzirasa and Eroglu are two of 33 new investigators named this year by the institute, which selects recipients based on their potential to make transformative discoveries over time. Each new investigator receives roughly $9 million over a seven-year term, which is renewable pending a successful scientific review. This year’s recipients, who were chosen from more than 800 eligible applicants, will be part of a community of 250 HHMI scientists.

Dzirasa is a psychiatrist and engineer examining the role of brain electricity in mental health disorders. His research involves using engineering approaches to uncover how changes in brain circuits lead to psychiatric illness, including depression, bipolar disorder, and addiction. He aims to develop new devices to repair brain circuits in individuals suffering from these devastating illnesses.

Eroglu studies how sprawling star-shaped brain cells known as astrocytes help construct the circuitry of the brain. Previously thought to be inert support cells, Eroglu’s work has shown that astrocytes aren’t just the glue that holds neurons together — they actually help construct an intricate web of neural circuitry, and astrocyte dysfunction has been connected to devastating diseases like autism, schizophrenia and epilepsy.

“As a long term HHMI Investigator (45 years and counting) I am delighted to welcome these two superbly talented and creative Investigators to the Institute family,” said Robert Lefkowitz, MD, James B. Duke Distinguished Professor of Medicine in Duke University’s School of Medicine. “Unlike traditional research grants which focus on a highly specific set of research goals, HHMI Investigators are free to follow their creative scientific instincts wherever they may take them. I am sure that Kaf and Cagla will use this funding to make important and original discoveries that will ultimately benefit not only the neurobiological scientific community but patients as well.”

“Kaf and Cagla are among Duke’s most accomplished and creative mid-career investigators," said Stephen Lisberger, chair of neurobiology in the School of Medicine. "Kaf has changed the way we think about what happens in the brain to cause neuropsychiatric disorders. Cagla has put glia, especially astrocytes, on the map as critical players in brain development, resilience, repair, and function. I am incredibly proud of them for this giant step in both of their careers,” he said.