Why Don't We Get More Cancer: The Critical Role of Extracellular Matrix and Microenvironment in Metastasis and Dormancy 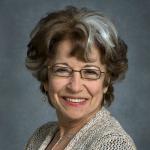 Photos of the Event

The work from our laboratory in the last three decades has provided much impetus for the current recognition and acceptance of the importance of context/microenvironment and extracellular matrix (ECM) in regulation of gene expression, and has underscored the plasticity of both the differentiated state and tumors.

I will discuss why and how we developed, and use, 3-dimensional models of normal mammary gland and mammary tumors from both mice and humans to understand breast cancer, and will present recent work, shedding light on why tissue and organ architecture should become also a parameter in cancer research, and how architecture can regulate tissue-specificity as well as the plasticity of tumors. I will also discuss newer and more complex models we have developed to understand metastasis and dormancy and a screen that has allowed us to discover a new class of ‘oncogenes’ in the EGFR/PI3 Kinase.

We have shown a mechanism to underscore the model of dynamic reciprocity and how the ECM and basement membrane signal to nucleus, via intricate interactions with nuclear actin to provide cell and tissue quiescence, our new discoveries of unique functions for MMPs which may explain why anti-MMP therapies failed, and discovery of a novel movement through kinetic imaging of how a unit of tissue function in the mammary gland (an acinus) is formed in the normal breast, lost in malignancy and reformed by controlling the microenvironment and restoring tissue context and architecture.

We suggest these concepts and models have profound implications for diagnosis, prognosis, drug resistance, dormancy and therapy of cancer.

Dr. Bissell is a pioneer in the area of the role of extracellular matrix (ECM) and microenvironment in regulation of tissue-specific function with special emphasis in breast cancer. She earned an A.B. with honors in chemistry from Harvard College and a Ph.D. in bacterial genetics from Harvard University. She joined the nation’s first national laboratory (Lawrence Berkeley National Laboratory) in 1972, was appointed LBNL Associate Director for all Biology in 1992, and upon stepping down she was named Distinguished Scientist. She is the only biologist and woman with that title in the 85 year history of LBNL. She is also the OBER/DOE Distinguished Scientist Fellow in Life Sciences.

Dr. Bissell has authored more than 450 publications, is a member of nine international scientific boards, and is on the editorial board of dozens of scientific journals. She has given more than 140 ‘named and distinguished’ lectures. Her awards include the Lawrence Award and medal, the Mellon Award, the Eli Lilly/Clowes Award, the first “Innovator Award” of the US DOD for breast cancer research, the Brinker Award of the Komen Foundation, the Discovery Health Channel Medical Honor and medal, the Pezcoller Foundation–AACR International Award for Cancer Research, the Excellence in Science Award from FASEB, the Breast Cancer Research Foundation's Jill Rose Award, the inaugural Lifetime Achievement Award from Lawrence Berkeley National Laboratory, and the medal of Honor of the Signaling Society among several other awards. Dr. Bissell was elected a Fellow of the AAAS, the National Academy of Medicine, the American Academy of Arts and Sciences, the American Philosophical Society, the Royal Society of Chemistry, the National Academy of Science, and the inaugural class of the AACR Academy. She has received honorary doctorates from Pierre and Mary Curie’s University in France and the University of Copenhagen, and she has served as President of the American Society of Cell Biology and the International Society of Differentiation.