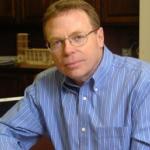 This lecture will describe strategies that enable time-resolved and state-selective analysis of cellular protein synthesis. In procedures similar to those used in isotopic labeling, translationally active non-canonical amino acids (ncAAs) are incorporated into proteins during a “pulse” in which newly synthesized proteins are tagged.  The set of tagged proteins can be distinguished from those made prior to the pulse through bio-orthogonal ligation of the ncAA side chain to probes that permit detection, isolation, and visualization of the labeled proteins. The selectivity of the method can be enhanced through the use of mutant aminoacyl-tRNA synthetases (aaRSs) that permit incorporation of ncAAs that are not used by the endogenous machinery. Controlled expression of mutant synthetases has been combined with ncAA-tagging to permit cell-selective and state-selective metabolic labeling of proteins.  Expression of a mutant synthetase in a subset of cells in a complex cellular mixture – or in a live animal – restricts labeling to that subset; proteins synthesized in cells that do not express the synthetase are neither labeled nor detected.  Applications in neurobiology, microbiology and infectious disease will be described.

David A. Tirrell is the Ross McCollum-William H. Corcoran Professor of Chemistry and Chemical Engineering, and Director of the Beckman Institute, at the California Institute of Technology. Tirrell was educated at MIT and the University of Massachusetts at Amherst, where he earned his Ph.D. for research done under the supervision of Otto Vogl. After a brief stay with Takeo Saegusa at Kyoto University, Tirrell accepted an assistant professorship in the Department of Chemistry at Carnegie-Mellon University in the fall of 1978. Tirrell returned to Amherst in 1984 and served as Director of the Materials Research Laboratory at the University of Massachusetts before moving to Caltech in 1998.  He served as chairman of the Division of Chemistry and Chemical Engineering at Caltech from 1999 until 2009.  Tirrell’s research interests lie in macromolecular chemistry and in the use of non-canonical amino acids to engineer and probe protein behavior.  His contributions to these fields have been recognized by his election to the National Academy of Sciences, the National Academy of Engineering, the Institute of Medicine, and the American Academy of Arts and Sciences.