Cells Feel the Force...Then They Don't 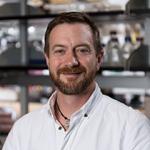 Cells, particularly stromal cells, have highly evolved machinery to interpret physical forces.  This machinery allows cells to mechanically probe the physical properties of their microenvironment, such as the elasticity and stiffness of the surrounding extracellular matrix (ECM).  The physical properties of the ECM microenvironment may then drive specific cellular outcomes; the most immediate outcome being alterations in the cytoskeleton that result in a “matching” of the compliance of the cell and the ECM.  Yet, the ECM is constantly being rebuilt and modified by the cell, leading to a system of dynamic reciprocity whereby cells and their ECM reach a type of mechanical homeostasis that some believe is critical to tissue homeostasis.  For example, recent evidence suggests that aberrant increases in ECM stiffness associated with fibrosis sustain pathological progression by “activating” the stromal cell population to produce more scar/fibrosis through mechanisms involving cytoskeletal adaptations to the environment.  In this talk, I will describe recent work in our lab that has identified a stromal cell subpopulation that emerges during lung fibrosis that is agnostic to the mechanics of its microenvironment.  The identification of the subpopulation led to the discovery of a novel regulatory mechanism of stromal cell mechanotransduction.  Disruption of normal mechanotransduction regulation leads to stromal cells that are inappropriately activated on/in homeostatic, “soft” ECM microenvironments and may be one of the earliest precipitating events in the initiation of tissue fibrosis.

Dr. Barker is an Associate Professor in the Wallace H. Coulter Department of Biomedical Engineering at Georgia Tech and Emory University School of Medicine and is the co-Director of the Center for Pediatric Nanomedicine and the GA Tech Molecular Evolution Core Facility.  Dr. Barker’s research activities center on extracellular matrix biology and engineering.  His research integrates engineering applications and basic cell and molecular biology approaches to understand and control cell phenotype through the rational design of engineered extracellular matrices and evolution-based discovery of antibody therapeutics.  Dr. Barker has established a number of fundamental systems based on rational mutagenesis, molecular evolution and recombinant protein production of extracellular matrix proteins and antibodies that allow basic biochemical and cell biological studies.  Complimenting these techniques, he uses biomaterial systems to allow ordered display of the recombinant extracellular matrix proteins.  Dr. Barker is also focused on understanding fundamental roles of cell mechanotransduction and mechanical forces in regulating the biochemical activity of proteins in the extracellular matrix toward wound repair, regeneration, and fibrosis.  Dr. Barker has co-authored research and review papers in leading cell biology, matrix biology, and biomaterials journals and receives funding from the Coulter Foundation, NIH, DOD, and Health Effects Institute. He received both the Young Investigator Award (2012) and the top research award, the Iozzo Award (2016), from the American Society for Matrix Biology and received the NIH Director’s Transformative Research Award in 2015.