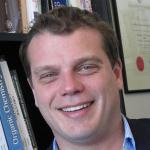 The goal of targeted therapeutics and molecular diagnostics is to accumulate drugs or probes at the site of disease in higher quantities relative to other locations in the body. To achieve this, there is tremendous interest in the development of nanomaterials capable of acting as carriers or reservoirs of therapeutics and diagnostics in vivo.[1] Generally, nanoscale particles are favored for this task as they can be large enough to function as carriers of multiple copies of a given small molecule, can display multiple targeting functionalities, and can be small enough to be safely injected into the blood stream. The general goal is that particles will either target passively via the enhanced permeability and retention (EPR) effect, actively by incorporation of targeting groups, or by a combination of both.[2] Nanoparticle targeting strategies have largely relied on the use of surface conjugated ligands designed to bind overexpressed cell-membrane receptors associated with a given cell-type.[3] We envisioned a targeting strategy that would lead to an active accumulation of nanoparticles by virtue of a supramolecular assembly event specific to tumor tissue, occurring in response to a specific signal. The most desirable approach to stimuli-induced targeting would be to utilize an endogenous signal, specific to the diseased tissue itself, capable of actively targeting materials introduced via intravenous (IV) injection. We present the development of nanoparticles capable of assembling in vivo in response to selective, endogenous, biomolecular signals. For this purpose, we utilize enzymes as stimuli, rather than other recognition events, because they are uniquely capable of propagating a signal via catalytic amplification. We will describe the preparation of highly functionalized polymer scaffolds utilizing ring opening metathesis polymerization, their development as in vivo probes and their utility as a multimodal imaging platform and as drug carriers capable of targeting tissue via a new mechanism. Furthermore, we will describe new methods and approaches for characterizing this kind of dynamic material at the nanoscale, including by liquid cell transmission electron microscopy and combined isotopic and optical nanoscopy.

Nathan C. Gianneschi received his B.Sc(Hons) at the University of Adelaide, Australia in 1999. In 2005 he completed his Ph.D at Northwestern University. Following a Dow Chemical postdoctoral fellowship at The Scripps Research Institute, in 2008 he began his independent career at the University of California, San Diego where, until June 2017, he was Teddy Traylor Scholar and Professor of Chemistry & Biochemistry, NanoEngineering and Materials Science & Engineering. In July of 2017, Gianneschi accepted a position at Northwestern University where he is currently Jacob & Rosaline Cohn Professor of Chemistry, Materials Science & Engineering, and Biomedical Engineering. The Gianneschi group takes an interdisciplinary approach to nanomaterials research with a focus on multifunctional materials with interests that include biomedical applications, programmed interactions with biomolecules and cells, and basic research into nanoscale materials design, synthesis and characterization. For this work he has been awarded the NIH Director's New Innovator Award, the NIH Director's Transformative Research Award and the White House's highest honor for young scientists and engineers with a Presidential Early Career Award for Scientists and Engineers. Prof. Gianneschi was awarded a Dreyfus Foundation Fellowship, is a Kavli Fellow of the National Academy of Sciences, a Fellow of the Royal Society of Chemistry, and is an Alfred P. Sloan Foundation Fellow.