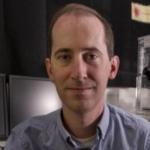 Integrins mediate cell adhesion to the extracellular matrix and enable the construction of complex, multicellular organisms, yet fundamental aspects of integrin-based adhesion remain poorly understood. Notably, the magnitude of the mechanical load experienced by individual integrins within living cells has been unclear, due principally to limitations inherent in existing techniques. We used FRET-based molecular tension sensors (MTSs) to directly measure the distribution of loads experienced by individual integrins in primary dermal fibroblasts. We found that the majority of integrins transmitted relatively modest forces of less than 11 pN, and that a large minority bore loads of less than 3 pN. Interactions with the fibronectin synergy site, a secondary binding site specifically for α5β1 integrin, led to increased recruitment of α5β1 integrin to adhesions but not to an increase in overall cellular traction generation. Engagement with the synergy site did, however, increase the resistance of cells to detachment by externally applied load. In total, these observations suggest that a substantial population of bound but minimally tensioned integrins may provide cells and tissues with physical resiliency in the presence of widely varying mechanical loads.

Alex Dunn is an Associate Professor in the Department of Chemical Engineering at Stanford University. Work in his research group focuses on understanding how living cells act as physical machines that can sense and exert mechanical force, with specific applications in stem cell biology and tissue engineering. Contributions from his laboratory have been recognized through multiple awards, including the NIH Director’s New Innovator Award and the Howard Hughes Medical Institute Faculty Scholar Award.