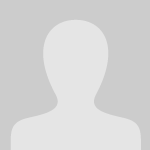 Mechanical forces can profoundly influence chemical and biochemical reactions at interfaces. For example, chemo-mechanical couplings are important in fields ranging from lubrication and tribology to microfluidics, biofouling, and cell biology. A major challenge to understanding the role of forces in biochemical signaling pertains to the lack of molecular tools that allow one to image and manipulate forces at the cell membrane. To address this issue, we have developed a set of fluorescent probes (mechanophores) and actuators to investigate the role of forces in biochemical signaling. In this talk, I will describe the synthesis and characterization of molecular force probes and their application in the area of mechanotransduction. Force probes take advantage of FRET or NSET to determine the extension of an entropic polymer “spring” to quantify tension (Nat. Methods 2012, JACS 2013).  I will describe the development of second and third generation force probes that allow one to quantify molecular forces with high spatial and temporal resolution for a range of recombinant proteins. Finally, I will discuss the development and application of actuators in the Notch and integrin receptor signaling pathways.

Khalid Salaita grew up in Jordan and Saudi Arabia and then moved to the United States in 1997 to attend Old Dominion University, where he obtained his BS in Chemistry. Khalid then started his PhD studies under the guidance of Prof. Chad Mirkin at Northwestern University in 2001 studying the electrochemical properties of organic adsorbates patterned onto gold films and developing massively parallel dip-pen nanolithography approaches. From 2006-2009, Khalid worked as a postdoctoral scholar with Prof. Jay T. Groves at UC Berkeley. During this time he developed electrostatic-based approaches for DNA microarray readout, and also investigated the role of receptor clustering in modulating cell signaling. In 2009, Khalid started his own lab at Emory University, where he currently investigates chemo-mechanical couplings in living systems. His group has pioneered the development of several force sensing methods that employ fluorescent probes, and these are currently used to investigate a number of mechanotransduction pathways such as the Notch-Delta pathway and the integrin-based focal adhesion pathway.  Khalid has been selected as the 2013 Alfred P. Sloan Research Fellow.