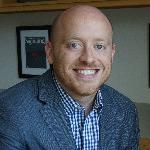 Our laboratory uses genomic, pharmacological, and biochemical approaches to define the pathways of resistance to targeted anticancer therapies. For example, we recently developed a technique in which engineered lentiviral cDNAs encoding activators of major oncogenic signaling pathways are introduced into cells and then profiled to identify those capable of conferring resistance to drugs. In parallel, we have also developed analogous loss-of-function screening approaches based on CRISPR/Cas9 gene editing, and have used these approaches to map the pathways supporting intrinsic resistance to targeted therapies. In this talk, I will describe our large-scale application of these methods, as well as how the results of these studies have highlighted examples of “convergent” therapeutic resistance. Further, I will describe our discovery of new, selective, and potent combination therapies, several of which are now being explored clinically.

Kris Wood is an Assistant Professor in the Departments of Pharmacology and Cancer Biology and Biomedical Engineering at Duke University.  He received his B.S. degree in Chemical Engineering from the University of Kentucky (UK, 2002) and his Ph.D. in Chemical Engineering from the Massachusetts Institute of Technology (2007), where he developed self-assembling polymeric systems for controlled gene and drug delivery under the supervision of Professors Paula Hammond, Ph.D. and Robert Langer, Sc.D. He then completed a postdoctoral fellowship (2012) with David Sabatini, M.D., Ph.D. at the Whitehead Institute for Biomedical Research and the Broad Institute of Harvard and MIT, where his work focused on the development of functional genomic tools to study the determinants of anticancer drug sensitivity. For his work, Dr. Wood has been awarded postdoctoral fellowships from the NIH and the Misrock Fund, the Liz Tilberis Early Career Award from the Ovarian Cancer Research Fund, Scholar Awards from the V Foundation, Stewart Trust, Forbeck Foundation, and Whitehead Foundation, and a DoD Breast Cancer Research Program Breakthrough Award.