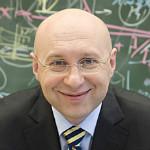 Throughout the 20th century it has been widely accepted that, at the end of the day, a light microscope relying on conventional lenses (far-field optics) cannot discern details that are finer than about half the wavelength of light (> 200 nm). However, in the 1990s, it was discovered that overcoming the diffraction barrier is realistic and that fluorescent samples can be resolved virtually down to molecular dimensions. Here we discuss the simple yet powerful principles that allow neutralizing the resolution-limiting role of far-field optical diffraction1,2.

In a nutshell, features residing closer than the diffraction barrier are prepared in different molecular (quantum) states so that they are distinguishable for a brief detection period. As a result, the resolution-limiting role of diffraction is overcome, and the interior of transparent samples, such as living cells and tissues can now be imaged non-invasively at the nanoscale using focused light in 3-D.

Besides discussing basic principles, we will show most recent advancements. In particular, we demonstrate massive parallelization of RESOLFT and STED recording using simple patterns of light, by more than 100,000 fold3. Likewise, we demonstrate the relevance of emerging "far-field optical nanoscopy" to various areas, especially to the life and the material sciences.

Stefan W. Hell is a scientific member of the Max Planck Society and a director at the Max Planck Institute for Biophysical Chemistry in Göttingen, where he currently leads the Department of NanoBiophotonics. He is an honorary professor of experimental physics at the University of Göttingen and adjunct professor of physics at the University of Heidelberg. Since 2003 he has led the Optical Nanoscopy division at the German Cancer Research Center (DKFZ) in Heidelberg. He is a member of the board of directors of the Göttingen Laser Laboratory as well as a member of the Academy of Sciences of Göttingen and Heidelberg.

Stefan W. Hell received his diploma (1987) and doctorate (1990) in physics from the University of Heidelberg (both advised by Prof. S. Hunklinger). From 1991 to 1993 he worked at the European Molecular Biology Laboratory, also in Heidelberg, and followed with stays as a senior researcher at the University of Turku, Finland, between 1993 and 1996, and as a visiting scientist at the University of Oxford, England, in 1994. In 1997 he was appointed to the Max Planck Institute for Biophysical Chemistry in Göttingen, where he has built up his current research group dedicated to sub-diffraction-resolution microscopy. In 2002, following his appointment as a director, he established the department of Nanobiophotonics.

Stefan W. Hell is credited with having conceived, validated and applied the first viable concept for breaking Abbe’s diffraction-limited resolution barrier in a light-focusing microscope. He has published about 200 original publications and has received several awards, including the Prize of the International Commission in Optics (2000), the Carl Zeiss Research Award (2002), the "Innovation Award of the German Federal President" (2006), the Julius Springer Award for Applied Physics (2007), Leibniz Prize (2008), the Lower Saxony State Award (2008), the Otto-Hahn-Prize in Physics (2009), the Ernst Hellmut Vits Prize (2010), the Hansen Family Award (2011), the Körber European Science Prize (2011), the Gothenburg Lise Meitner Prize 2010/2011, the Meyenburg Prize and the Science Prize of the Fritz Behrens Foundation (2012).