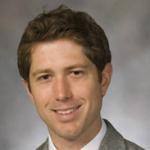 Systems biologists aim to understand how organism-level processes, such as differentiation and multicellular development, are encoded in DNA. Conversely, synthetic biologists aim to program systems-level biological processes, such as engineered tissue growth, by writing artificial DNA sequences. To achieve their goals, these groups have adapted a hierarchical electrical engineering framework that can be applied in the forward direction to design complex biological systems or in the reverse direction to analyze evolved networks. Despite much progress, this framework has been limited by technology: researchers have lacked tools to directly and dynamically characterize biological components inside of living cells.

To address this limitation, we have recently developed an all-optical biological ‘function generator and oscilloscope’ method. First, we designed custom optical hardware to characterize the dynamical input/output (I/O) properties of our previously engineered green and red light-switchable bacterial two component systems – light sensors that control transcription. We then used the experimental data to construct mathematical models that quantitatively predict their I/O dynamics in response to diverse light signals. Next, we wrote an in silico optimization algorithm that designs time-varying analog light inputs which program sophisticated gene expression outputs including sine waves and linear ramps in live bacteria. Using this method, we created diverse dynamical signals of the transcriptional repressor TetR in E. coli and showed that its widely used target promoter transforms those signals linearly with a seven-minute time delay over a surprisingly wide range of repressor concentrations. Taken together, these results are surprising, as they contradict a prevailing view that gene regulatory and signal transduction systems should cannot be reliably modeled as linear, due to their inherent non-linearities. We are now exploiting this result by using light to perform frequency analysis and linear systems identification methods on other bacterial signal transduction pathways and gene circuits. We are also using our function generator method to reverse engineer the B. subtilis sporulation circuit – which has recently been shown to use pulses and other rich dynamics to drive a stochastic decision to cease replication upon starvation.

We are also extending our function generator/oscilloscope methods to the widely used Cry2/CIB and PhyB/Pif6 yeast/mammalian systems. Finally, we have developed an ‘out-of-the-box’ 3-D printed hardware platform and simple web programming interface to allow non-experts to achieve rigorous control over bacterial and eukaryotic optogenetic tools for their own applications, and are developing a method whereby a light switchable protein’s in vivo performance can be quantitatively predicted from in vivo data and a very small number of in vivo measurements.

Here, I will discuss how our overall approach can help overcome the major characterization bottlenecks that have limited synthetic biology, and along with future advances, enable a complete adaptation of the systems engineering framework to biology.

Jeff Tabor is an Assistant Professor in the department of Bioengineering at Rice University. He earned his Ph.D. with Professor Andy Ellington at the University of Texas, where he led a research team that engineered E. coli to function as photographic films. As a postdoctoral fellow at UCSF, he extended this work to engineer a bacterial edge detector, a two-color bacterial film, and also worked with a team to build multicellular genetic logic gates capable of performing all 2-input/1-output Boolean logic functions. His group at Rice engineers bacteria to sense, compute, and respond to stimuli in the environment.

For sensing, he has a strong focus on engineering bacterial two component systems, the primary means by which bacteria see their world. He links sensors to engineered genetic circuits, which perform multi-input and dynamical signal processing.

Finally, uses the circuits to control when where and to what extend metabolic pathways, and other cellular functions are active. Major current efforts in the lab focus on engineering “Synthetic Probiotics”, or bacteria that detect diseases and produce therapeutic molecules in response. Dr. Tabor has received the ONR Young Investigator Award, Hamill Innovation Award, Michel Systems Biology award and a Ruth L. Kirschtein NIH Postdoctoral Fellowship, among others.